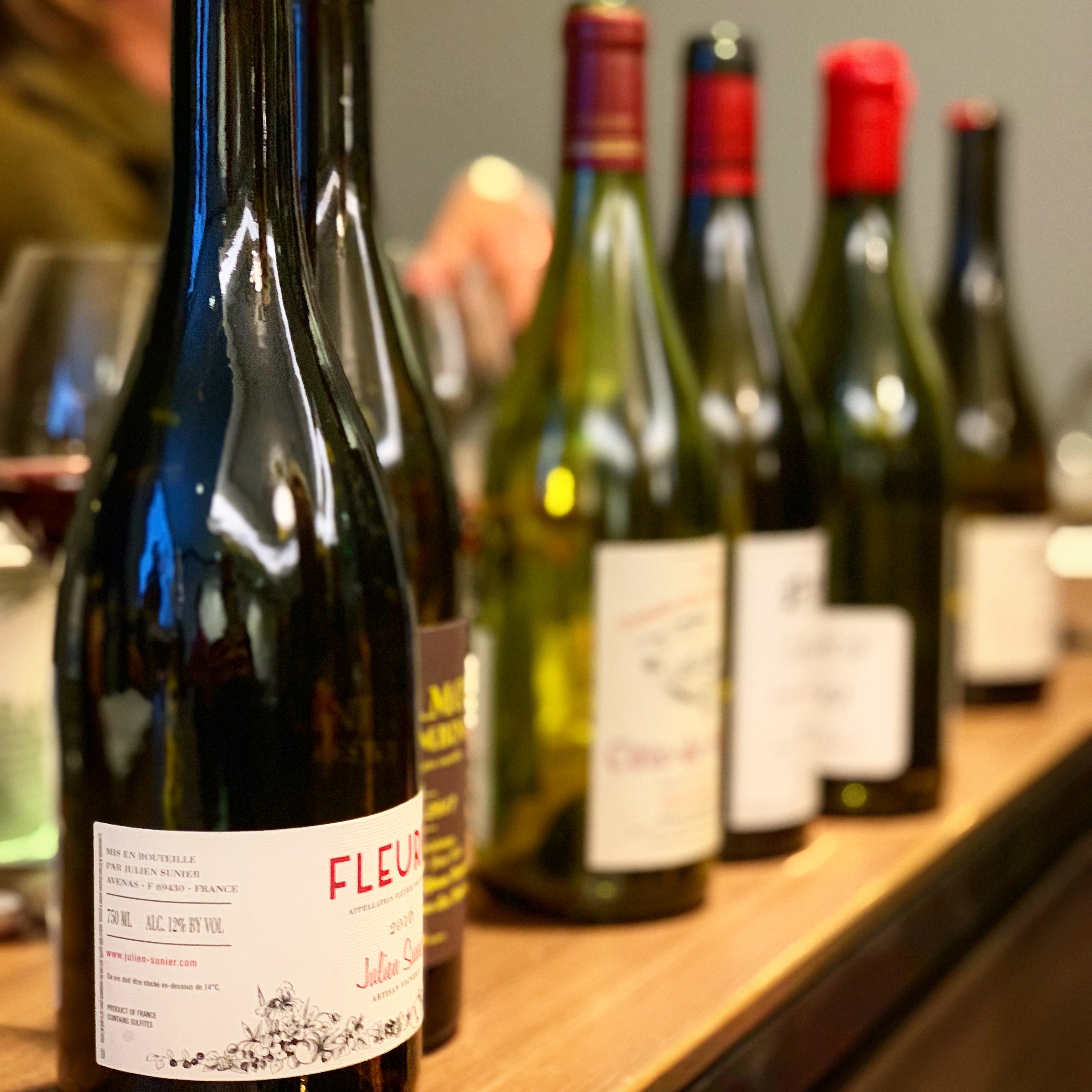 The Burgundy farmers began harvesting grapes more than a month ago. Then winemakers tossed the plum-colored fruit into large, covered stainless-steel fermentation vessels and filled them with carbon dioxide.

The approach, called carbonic maceration, encourages the juice to ferment within the skins; the result, a fruity wine without much in the way of grippy tannins (the substance in red wine that parches the tongue — often in a most pleasing way).

And on the third Thursday in November, as always (Nov. 15 this year), stores worldwide will begin selling bottles of Beaujolais Nouveau, a style of wine made from gamay grapes that skips aging altogether. Outside of sipping from your own in-the-garage wine fermentation vessel, this is about as fresh as it gets.

The “fresh” bit doesn’t matter — it’s not an indicator of quality with wine, which in most cases improves with at least some age. But the fun bit? We’ll take it. Tastes like juice with a little oomph. Bite the pizza. Glug the Beaujolais Nouveau. Repeat until the ‘za box and bottle get tossed in the recycling bin.

Even better, given the season: Savor the turkey, mashed potatoes, gravy and stuffing and wash it all down with Nouveau. It is an excellent Thanksgiving wine, in part because it offends nobody, is affordable (good for a dinner of 17) and doesn’t clash with the star of the evening, the multi-faceted feast.

But there is more to the wines of Beaujolais than carbonic maceration and youth. French authorities permit winemakers from 10 Beaujolais wine-producing areas, or “crus,” to include the name of the cru on their bottles. And many of the winemakers in these crus treat the gamay grape the way their neighbors directly to the north, in the rest of Burgundy, handle their fruit: with extreme craftsmanship.

The best of them create lively, complex wines, charged with flavors and aromas of red fruit, violet, rose. I’ve spent a few weeks exploring cru Beaujolais, and there’s no turning back. I’m smitten.

It’s a good thing for me (I think) that some of the buyers at local liquor stores also have crushes on cru Beaujolais. One of them, Brett Zimmerman at Boulder Wine Merchant, digs it so much he’s hosting what looks like a smashing Beaujolais event in Boulder on Nov. 2, during his annual Boulder Burgundy Festival. Among other things, participants can sample wines from each of the 10 crus, while listening to a trio of Masters of Wine talk about the elixirs in their glasses.

To punctuate my arduous exploration of Beaujolais, Zimmerman and I sipped a few that he, a Master Sommelier (like Master of Wine, a crushingly difficult title to achieve) felt showcased the wine’s different styles and expressions. If Nouveau roughly tastes all alike, the crus broadcast personality of place.

“Beaujolais is moving at such a rapid pace. I can’t even keep up with it,” said Zimmerman, as he swirled and sniffed a 2016 Lapierre (that’s the winemaker) from the Julienas cru. When he began exploring wine, Beaujolais was simple; it did not support a diversity of daring winemakers trying new things. Things have changed. “The aromatics in this are gorgeous.”

They were — and ditto for the almost hauntingly beautiful flavors.

For something entirely different, yet from the same cru, we sipped another 2016 Julienas, this one from winemaker Chignard. The wine was like a bridge between Nouveau (pure fruitiness) and the more complex character of the Lapierre. And then we traveled south from Julienas to the cru Moulin-a-Vent, for a 2010 Beaujolais from winemaker Jules Desjourneys that aged in oak for 36 months.

“This is in line with the density and power you get with some of the more robust Burgundy pinot noirs. It’s even beyond some of them,” he said. “There is a ripeness and concentration that is almost New World in its style.”

It tasted nothing like Beaujolais Nouveau, even though both use the same grape.

During my Beaujolais sojourn I picked up a bottle from the Morgon cru by winemaker Jean Foillard that elicited gasps from me two times: first, when I paid for it ($65, far in excess of my wine budget), and then when I tasted it (eyes rolled back in head, gasps, etc.). Expensive — absolutely, especially for Beaujolais. But also, the very height of Beaujolais artisanship. Among the best available. With the rest of Burgundy, all of which extends north from Beaujolais, $65 is the entry fee for the good stuff. Many sell for hundreds and even tens of thousands of dollars (and this week, a 1945 Romanée-Conti sold for $558,000). For the cost of an SUV fill-up, I tasted something I’m not soon to forget. Worth the wallet-thinning.

Much of Burgundy, which outside of Beaujolais means the grapes pinot noir, chardonnay and aligote, makes a focused appearance at the upcoming wine festival. The weekend-long bacchanal brings freaks nationwide (finally!) back to the People’s Republic — Burgundy freaks. For anybody interested in exploring the region, Zimmerman’s hard work counts as a local treasure. And the Beaujolais tasting is a treat — you may leave plotting cru Beaujolais, rather than Nouveau, for the Thanksgiving table.

(This story first appeared here, in The Daily Camera)