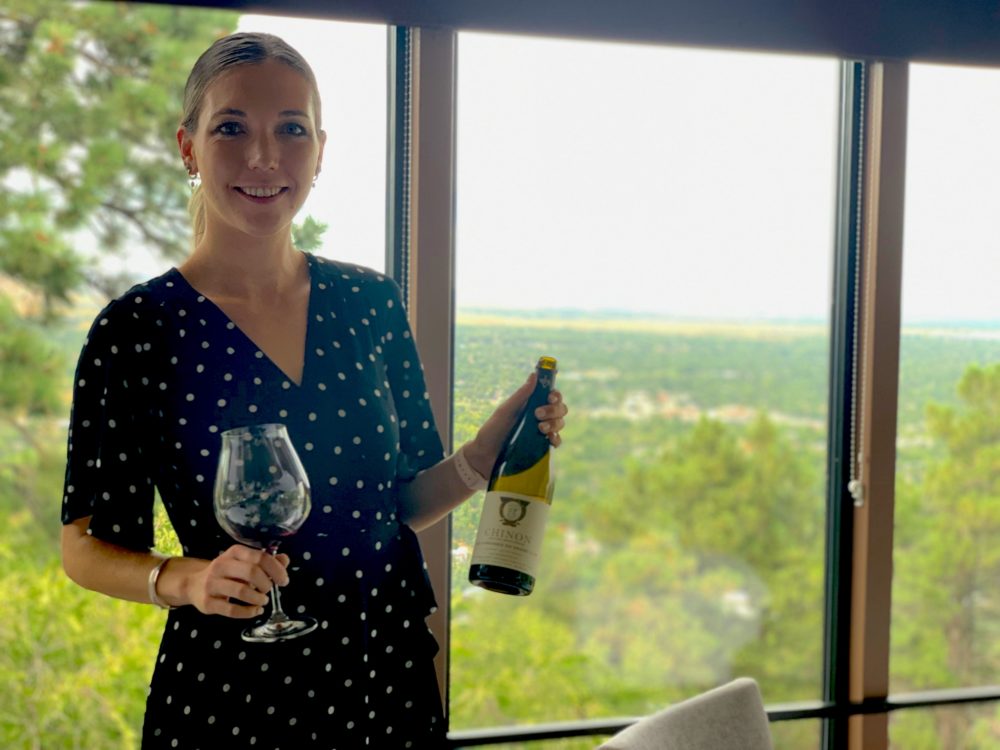 Figuring out grape varietals from aroma and taste alone is tough, even for sommeliers. But some wines broadcast such novel aromas and flavors that picking them out of a lineup comes easier. With its welter of oddities, often things like cut grass, asparagus and the big crowd-pleaser cat pee, Sauvignon Blanc is one of them.

So is Cabernet Franc.

My first experience with a glass of single-varietal Cabernet Franc took place just a year ago. I kept reading that sommeliers at buzzy restaurants and wine bars around the country were smitten with Cab Franc. As a born follower, I, of course, had to get in line for what promised to be the good stuff.

That first inhalation — I think my brain shouted “What the” followed by, let’s just say “heck.”

Pencil shavings. Before me, surely, a glass of some product conjured from liquefied pencil and yeast.

The aroma delivered me to elementary school. The metal pencil sharpener clamped to the edge of a table. Cedar sawdust and graphite filings mounded beneath the pleasing, hand-cranked contraption.

The electric models sharpened just fine, but were dull. And now, most pencils come in plastic carapaces. When lead breaks, another millimeter of it emerges.

Also: I wonder if millennials and those trailing behind know what pencil shavings smell like?

Following the elementary school reverie came the sip. Marjoram. Mint. A sliver of green pepper. Dark fruits, like plum. Smoke. Bright, food-enhancing acids, as you might find in a Sangiovese. A hint of gravel, which suggests I have nibbled on crushed rock. I have not, but were crushed rock to be transformed into something edible and delicious, this is what it would taste like.

I savored every drop from that glass, and did not stop with one.

And then I started exploring the grape.

It turns out my first sip was fortuitous. The bottle was from France’s Loire Valley, which is where many Cab Franc freaks say the wine achieves its ne plus ultra. And it was from the Chinon wine region, one of several celebrated for Cab Franc.

It served as a perfect model, the standard from which I could assess Cab Francs from other parts of the world.

To help navigate my journey I turned to pros.

I shared a glass of 9-year-old Chinon with Elizabeth Sammuri, the beverage director at Flagstaff House, in the restaurant’s gorgeous dining room one late afternoon this week. She told me the grape is the parent to Cabernet Sauvignon, Merlot and Carmenere, all varietals used in Bordeaux blends. She spoke with savvy about how the vines withstand frigid winters, and how she might suggest to diners beguiled by grapes like Pinot Noir, or by Italian wines in general, that they give Cab Franc a shot.

“I love its savoriness,” she said. “I look for things like tomato leaf, oregano, dried herbs. Even olive tapenade.”

I asked her about food pairings. Here’s how palate-savants like Sammuri think. Just hours before our meeting, she came across a recipe for a chestnut and mushroom gnocchi, and immediately thought, “It wants Cab Franc.”

She also endorsed serving Cab Franc slightly chilled, a quality it shares with other red wines like Chianti Classico that elevate food.

I embrace chilled reds during early fall. Where rosé is my bridge to whites from a winter of drinking deep reds, chilled acid-forward reds are my bridge back from whites to the reds of late fall and winter. Fittingly, Cab Franc has figured into my recent meals of roasted vegetable lasagna, pasta with homemade tomato sauce and pizzas from my beloved Big Green Egg.

Finally, Sammuri talked about value. While Flagstaff House has plenty of Cab Franc bottles in the hundreds of dollars, it also has a bottle on the list for $49. Boulder’s better liquor stores all carry healthy Cab Franc selections. These are not shelves that compel jaws to fall to kneecaps. Most bottles are less than $30. I snagged bottles from Argentina and Italy, recommended by Hazel’s Beverage World’s wine manager Joe Tedesco, that were less than $15. Delicious.

Beth Gruitch, one of the partners of Denver’s Crafted Concepts (restaurants include Rioja, Bistro Vendome, Ultreia, Euclid Hall and Stoic & Genuine), told me she tries to make sure Cab Franc finds homes on her restaurant lists.

“Most people think of it as a blending grape, but it’s one of my favorite varietals,” she said. “It can be delicate. Pretty. It’s not as strong as Cabernet Sauvignon. Grilled vegetables, leaner meats. Just cheese and croquettes before a meal. It’s fabulous.”

She often celebrates her birthday with Colorado Cab Franc, at a winery and restaurant in Evergreen called Creekside Cellars.

“Their Cab Franc is phenomenal,” Gruitch said. “So easy drinking. Goes with everything. It’s the perfect fall wine, due in part to all of the vegetables being harvested.”

Finally, I yakked with John Garlich, the co-founder of Boulder’s Bookcliff Vineyards. His 2010 Cab Franc was awarded the best Cab Franc in the United States at a big competition in Los Angeles. He champions the grape for many reasons, including its ability to stand up to Colorado’s forbidding climate.

“It’s a good grape. You can create an identity with it, which I think Colorado is doing,” he said. “I think we should just run with it.”

Garlich thinks Colorado’s high elevation might help handle one of Cab Franc’s pitfalls: pyrazine. That’s the organic compound that can make Cab Franc taste like fermented green peppers. It is not a compliment.

Colorado’s intensity of UV light, due to our elevation, might help burn off the pyrazine, said Garlich. That, and our hot summer, combined with cool evening temperatures during the last month of ripening, keep the wine in balance.

I’ll be following the lead of the cool-kid sommeliers across long season of red wine, which for me begins at about the same time aspens start to turn, and persists until daffodils rise.

And I’ll savor memories of those pencil sharpeners as I swirl and inhale. No shrill shriek from a whirring machine grinding wood and lead. No plastic defiling earth long after we all take our bow. I especially prize the older hand-cranked sharpeners, the ones probably from my grandparents’ era, so heavy they must have been forged out of iron.

This story first appeared in The Daily Camera.