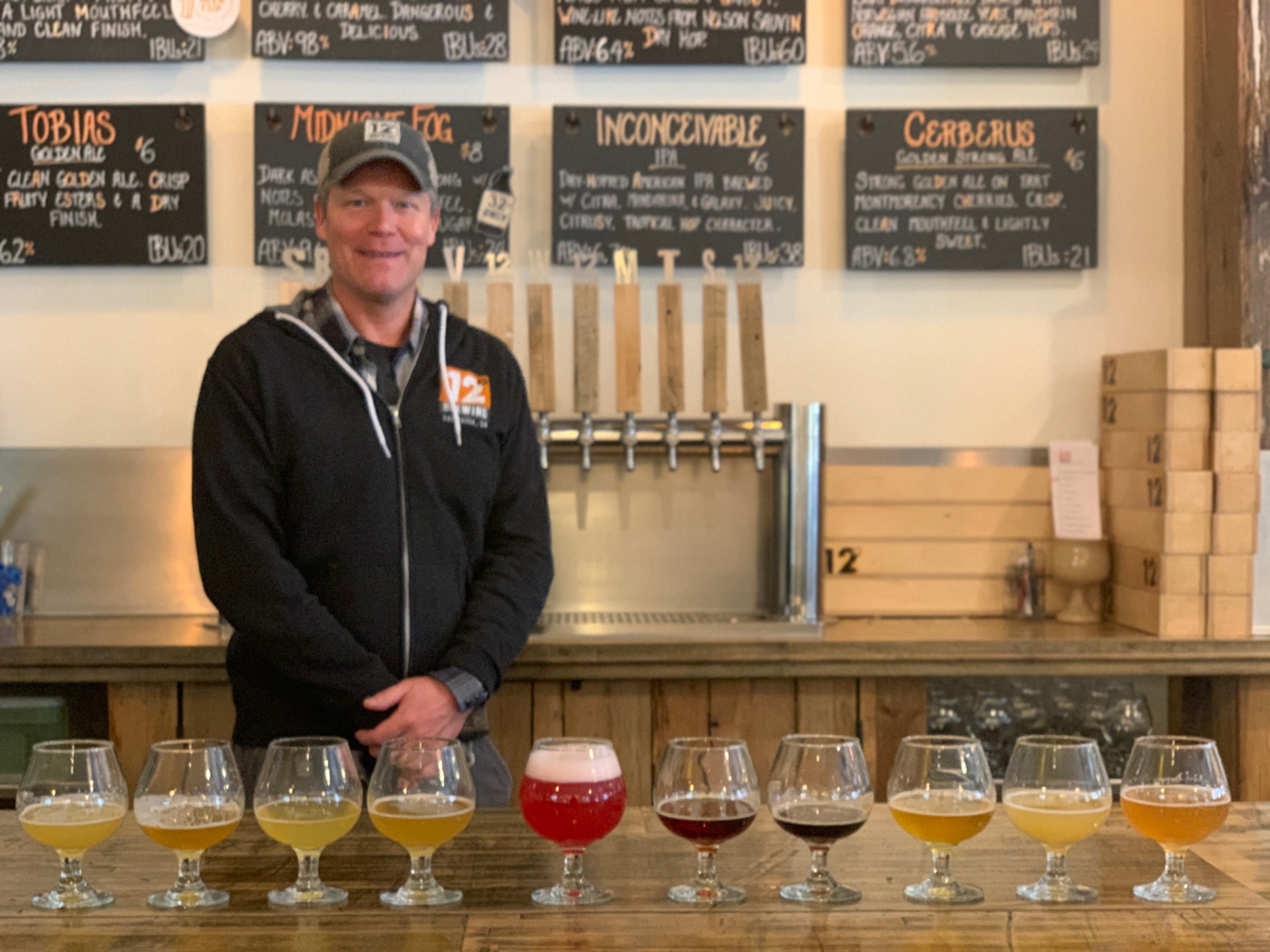 One after another, I tossed ‘em back. German-style Kölsch and chili beer. International-style pilsner. Juicy or hazy India pale ale, contemporary gose and classic saison.

The point of my four-hour tour of Boulder County breweries at the Great American Beer Festival? To find a favorite.

The first sip, followed by several gulps, surprised me. I champion sour beers, but too often find them just a few mouth-puckering degrees removed from kombucha. I enjoy kombucha — I even make it. But I like to keep my kombuchas and my beers separate.

Cactus Juice, however, broadcasted balance. The tart bit met the sweet part, and they embraced. The prickly pear fruit added a measure of unique savory funk that helped turn the hug especially effusive.

I liked the beer so much I decided to swing by 12 Degree last week. I wanted try a proper glass of it, and to visit with Jon Howland, the brewery’s founder.

Meanwhile, just a week after the fest, Boulder Beer Company announced it was shutting down its packaging line. Colorado’s oldest microbrewery would return to its roots, and operate as a brewpub in East Boulder.

I mention this because 12 Degree, which has been around for six years, is a brewpub triumph. Howland has no interest in canning or bottling his beer, fixing the vessels into plastic rings or boxes, stacking cases in delivery trucks and sending them forth to the liquor stores of Colorado and beyond.

For Howland, beer is most importantly a vector for community conviviality. More something to enjoy while in the company of friends and affable strangers, than a liquid to gulp while watching young men tossing balls or striking pucks on television.

He fears worrying about filling cans and distributing them would draw attention away from his dream, the neighborhood brewpub.

Backpacking in Bruge the inspiration

Howland’s inspiration struck decades ago, while backpacking across Europe. In the Belgian city of Bruges he encountered a hostel attached to a brewpub, tried his first Belgian beer — a Belgian strong golden ale — and swooned.

The experience led him to years of homebrewing, because when he returned to Colorado he couldn’t find the kind of beers he savored in Belgium. But it also compelled him to build 12 Degree. The brewpub connected to the hostel stirred him in ways he could not forget.

“Belgians have such a civilized relationship with beer. Families come to breweries and spend the day there,” he said, as we enjoyed Cactus Juice in his comfortable pub. “People weren’t getting drunk.They were just enjoying time together.That was my vision for 12 Degree.”

It took him more than six years to find the right location, in a 120-year-old house on Main Street in Louisville, one of three connected turn-of-the-century houses that now support businesses. Across a hallway from 12 Degree is a used book and record shop, which adds to 12 Degree’s charm.

So does the building’s history. Prior to Prohibition, it was a Temperance Hall, a place where anti-boozies could gather and talk without enthusiasm while staring emptily into space.

Howland chose Louisville because of its small-town appeal. Customers ride their bikes, and walk. Impromptu conversations spark friendships. Neighbors head to the brewery together.

As we sat and sipped Cactus Juice, which is pink from prickly pear, Howland said it was an experiment the brewery crafted to celebrate its five-year anniversary last year.

“We had one keg, and we never went through a keg so fast,” he said. “You put it down, and you want another sip.”

It also stands apart from most of the rest of 12 Degree’s list. The brewery focuses on the Belgian beers that inspired Howland during that European odyssey. The juice of prickly pear cactus is not something Belgian artisans include in their worts.

Howland spoke with such reverence for Belgian beers that I decided it was time to shoulder the burden of tasting my way through his line-up. I’ve tasted plenty of Belgians over the years, but never with purpose or a guide.

“I love the blend of drinkability and complexity with Belgians,” Howland said. “Some drinkable beers are far from complex. But Belgian beer uses eccentric yeast strains that let you create layers and layers of flavor. I love all of the levers you can pull.”

Tasting through Belgians a taste education

We drank Tobias, a golden ale he named after the character Tobias in the television show “Arrested Development.” Tobias is modeled after the first Belgian Howland sipped, in that Bruges brewpub. The golden ale Fünke is named after Tobias’s surname. Treachery, a golden strong ale, won a gold medal in the 2016 World Beer Cup. His 24 Peaches, a fruited sour, leverages fresh Palisade peaches. Velour Fog and Midnight Fog both are quadrupels, meaning they are strong (above 9 percent ABV) and packed with flavors of caramel, dark fruit, chocolate, coffee. Pining for the Fjords is a Nordic ale.

All of them had lovably quirky personalities. Together, the cast put on a spellbinding show. I could have applauded.

The brewery won “Champion Brewery and Brewpub” in the 2016 World Beer Cup, for the category “small brewpub.” Based on the quality of the beers I sipped with Howland, I appreciate the honor.

He’s looking for a second brewpub location, somewhere in Boulder.

Turns out my sad neighborhood strip mall, at the corner of Baseline Road and Foothills Parkway, lacks a brewpub.