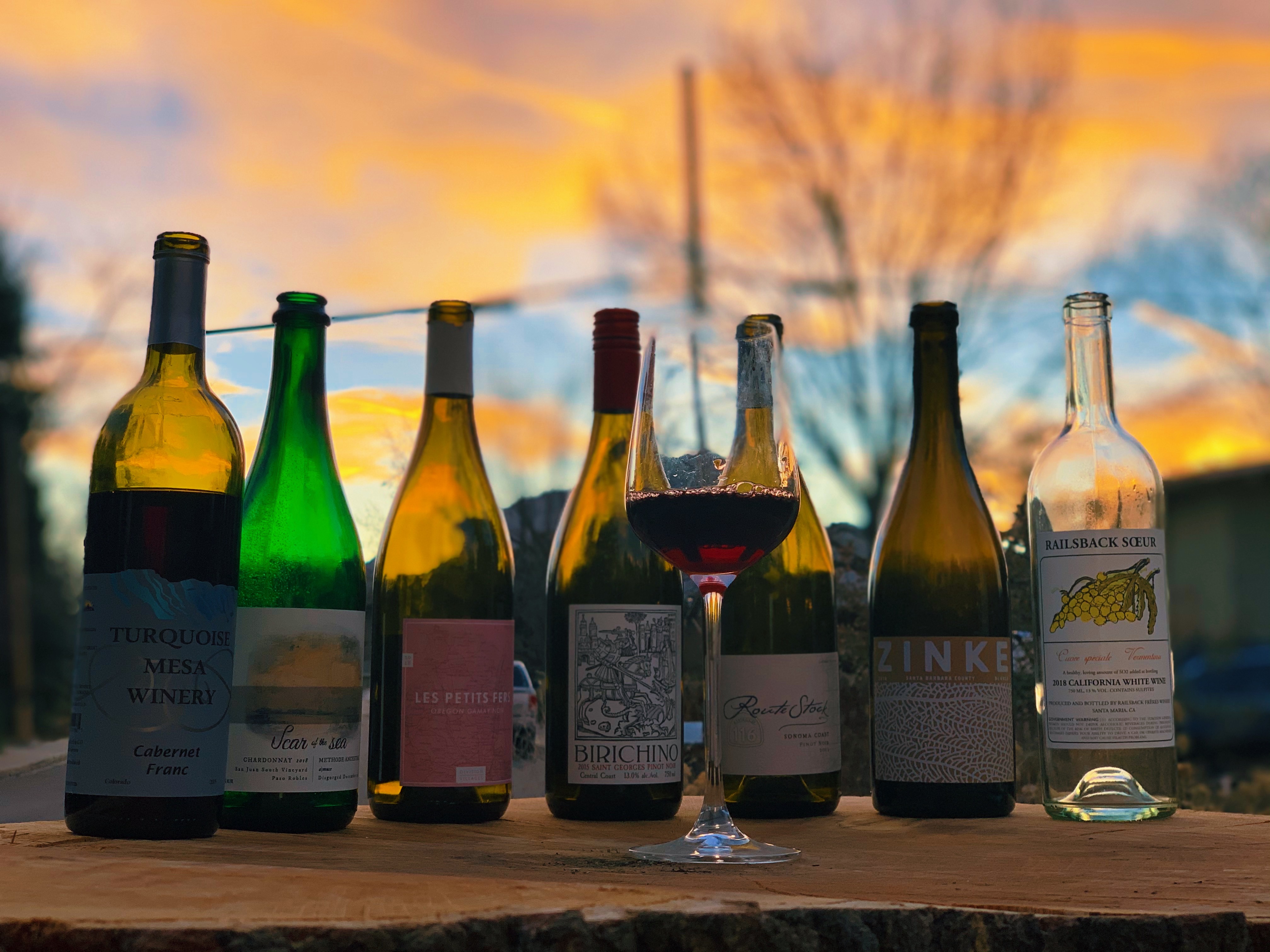 We all drink Wednesday night as we prep casseroles and pies. Right?

We drink across the feasting frenzy itself, starting at noon or earlier. Day drinking on Thanksgiving not only is fully licensed, but encouraged.

Noon imbibing punctuates the next day, too, as we wash down sandwiches layered with turkey, mashed potatoes, stuffing, gravy and cranberry sauce.

For the ancillary drinking events, the liquid matters not. Pilsner and Bloodys during afternoon football, and the day-after sandwiches. Whiskey the night before, while poking toothpicks into hot pumpkin pies.

The Thanksgiving meal, however, demands wine. And with this being the greatest American holiday, let’s drink American wine.

Nothing complements the flavors of Thanksgiving like wine. The idea is finding bottles that harmonize with the feast.

This is not difficult.

I most appreciate advice from Sarah Strasser, the wine director at B Town Wine + Spirits in East Boulder.

“Drink what you normally like to drink,” Strasser said. “People feel this huge pressure to get the hippest thing, or the perfect thing.”

In other words, don’t over-think it. Drink what you dig.

Many of us, however, aren’t entirely sure what we dig. Or we might desire something new, just as we often explore novel dishes for the side table.

To that end, I chatted with wine pros at liquor shops across Boulder, asking them what they might serve on their tables for Thanksgiving. Prices ranged from less than $15 to around $30.

I bought and sipped all of the recommended wines. Drinking With Doug, after all, especially prizes one of his foundational creeds, an invocation he whispers every morning while staring at his mug in the mirror: “Thy reader is thy charge. Foist not untested refreshments upon thy flock, for the fulsome puffery of others may find its seed in motivations boorish and foul! Honor the sacred bond between scrivener and citizen. Assay libations with care and  candor.”

Picks from the locals

Sarah says: “I love Pinot Noir with Thanksgiving. It doesn’t overpower the meal, and gets along with everything. This one is a little bit more fruit-forward and approachable than Burgundy (most red wine from Burgundy is made from Pinot Noir grapes). It’s also not a fruit bomb. It’s a great middle ground.”

Doug says: This was one of my favorites. The wine offered generosity with the fruit, but included the savory complexity that I love in a good Pinot.

Joe says: “This white is a standout, with Viognier, Marsanne, Grenache Blanc and Roussanne. A Rhone blend, but from California. It’s delicate and aromatic, with stone fruit notes. And just a touch off-dry. Perfect for the meal.”

Doug says: Crisp acidity improves wines for Thanksgiving. It carves through the meal’s fat. But the wines want texture and body for balance, too. I thought this nailed it.

Mark says: “They only recently started planting Gamay in Oregon. It has great potential. With this bottle you have clean strawberry and raspberry fruit, but it is whole cluster (meaning the entire grape clusters are harvested and fermented together, stems and all) so it has a savory, herbal tinge to it. Between the fruit and the herbs, it covers a lot of ground for Thanksgiving.”

Doug says: Gamay screams Thanksgiving for me. I like to taste fruit during this food-crazy holiday, and good Gamay like this does not disappoint.

Will says: “We do a four-pack of domestic wines for Thanksgiving every year, to celebrate the holiday. This year, one of our favorites is this pét-nat Chardonnay (pét nat is short for pétillant naturale, a method for achieving effervescence in wine bottles by filling them with only partially fermented wine; the rest of the fermentation happens in the bottle). It’s beautiful, fresh, energetic sparkling wine from America.”

Doug says: This was another favorite. I kept writing “apples” in my notes. Sparkling apple juice. Apples slices browned by oxidation. I also wrote honey, toast, pecan and funk. At 11 percent alcohol, the wine exemplifies a valuable Thanksgiving strategy — skip the high-alcohol wines, like those plush California Cabernets rising above 14 percent. Not only do the flavors of such wines often clobber the food, they also bulldoze the guests. Note: the pét-nat method leaves behind sediment in the bottle. Don’t freak.

Brett says: “This is inspired by the southern French style. They have that texture and weight, without sugar or wood. This captures a lot that is great about southern French whites, but it’s from California.”

Doug says: This was pretty wine, an excellent partner on the Thanksgiving table.

Matt says: “The whole wine department has been talking nonstop about the holidays, and we all are on a Chenin kick right now. It’s so versatile. This one is crisp and aromatic, with a touch of sweetness. A little bit if citrus. It goes especially well with Thanksgiving fare.”

Doug says: For whatever reason, I see this working especially well with the sauce that infuses much of the meal — the gravy. Thank you, Washington.

Kevin says: “They are in Broomfield. This guy is a kick-butt winemaker. This Cabernet Franc is lighter bodied. It doesn’t overpower the turkey or the rest of the meal. And it’s got that savory, peppery bit that makes Cab Franc so interesting and food-friendly.”

Doug says: I hadn’t tried anything by Turquoise Mesa before. Now I’m going to have to visit the Broomfield tasting room. This Cab Franc was wonderful, and made for Thanksgiving.