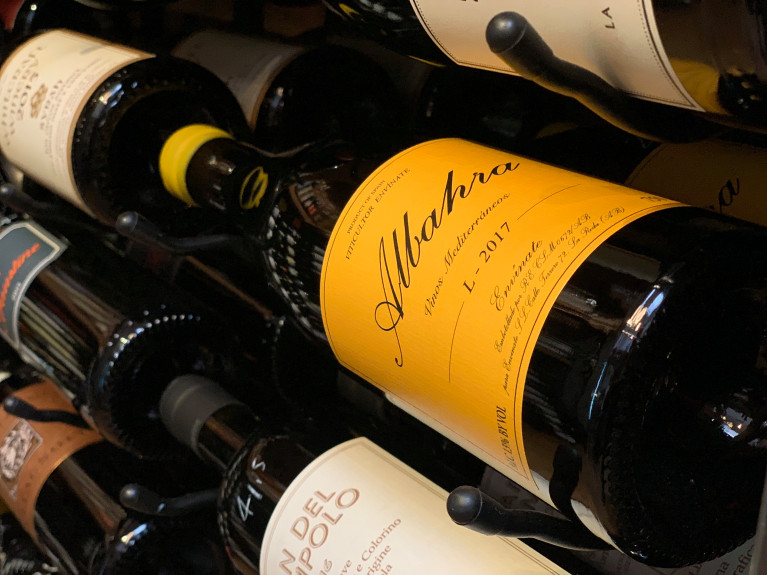 Savor those bottles of Burgundy and Barolo, those by-the-glass pours of Rioja and Mosel Riesling.

Soon, they all could effectively vanish from American tables. Also disappearing from the United States: jobs, incomes and entire companies.

In December, the Trump administration threatened to impose tariffs of 100 percent on all wines from the European Union, as well as cheeses, olive oil and a wide range of other products. The reason? A trade dispute between Boeing and Airbus. The administration views the proposed tariffs as bargaining chips.

So far, the chips have proven soggy. They have not sparked a grand bargain. If the Boeing and Airbus argument is not resolved this month, the tariffs could be put in place.

Tariffs doubling the price of European wine would dramatically upend a vibrant industry. That $10 dollar glass of Pinot Grigio? It soon could cost $20. The bottle of Grüner Veltliner for $25? It’ll be $50.

Few consumers will pay double for their wines. Which means companies will stop importing them, liquor stores will cease carrying wines from across the EU and restaurants will no longer open bottles of Spanish Albariño and Beaujolais.

For those of us who swoon over glasses of Etna Rossa (a Sicilian red) and cold, flinty Chablis, the potential loss is distressing in the extreme. These flavors are yoked to soil, climate, tradition and much more; they cannot simply be reproduced from plots in Sonoma County or Australia’s Barossa Valley. We will have to bid adieu to these distinct flavors, aromas and textures.

But the looming tragedy does not revolve around our taste buds and tables. Instead, it menaces more than 80,000 people in the United States who pay their mortgages, put their kids through college, and feed their families, thanks to their jobs in the wine trade.

The administration’s goal was to threaten European bureaucrats with an existential threat — fix the aerospace dispute, or watch your countries’ wine industries implode. But the strategy comes with a problem: demand for European wines worldwide is high. Some smaller winemakers in the EU will suffer due to the loss of American accounts, but many others will just move more wine to other countries.

Meanwhile, the only people experiencing potential devastation are American workers.

“People are freaking out”

“Everybody is scrambling,” said Craig Lewis, the founder of Stelvio Selections in Boulder. “People are over-buying, spending lots of money now to get wine through customs before this potential tariff. People are freaking out.”

Lewis, a former pro cyclist (Stelvio is a famous climb in the Italian Alps), devoted the past seven years to building his business from an idea to a thriving concern, with six employees and about 175 producers across Europe. Ninety percent of his book is from the EU.

Should the Office of the United States Trade Representative impose the tariffs, Lewis said he would be forced to deplete his stock of wines, and lay off all of his sales associates.

“Then you need to come up with a new game plan, or move on,” he said.

By new game plan, he means figuring out whether to import wines from other parts of the world. Making that happen does not involve the simple flipping of a switch.

The wine-importing business is all about relationships. Importers travel extensively, and get to know the people making the wine. Partnerships take time and work. The question for Lewis and many others would be: Shall I devote years to developing fresh relationships in the New World, or just secede from the wine trade altogether?

Many United States importers that focus on European wine could shut their doors. But other businesses, like liquor stores, would also get hit.

“Huge loss for the store.”

“The vast majority of what we sell is from Europe, mostly France and Italy,” said Yvan Leheurou, the owner of B Town Wine + Spirits in Boulder. “Losing these wines would be a huge loss for the store. Layoffs? I don’t know. Maybe. We might have to reduce hours to make up for the loss in revenue.”

Leheurou said liquor stores are already suffering, due to supermarkets’ ability now to sell full-strength beer. If all of the wines from Europe also vanish from the shelves, the damage could be too much to bear for many liquor store owners.

If it became clear the tariffs could be a long-term proposition, Leheurou said B Town would have to start concentrating more on New World wines. But wine drinkers, he said, often are wedded to certain countries and regions. If the wines vanish, they might just drink less wine, or turn to other adult beverages.

Another product that tariffs would devastate: wines made in Europe that are American-owned and primarily sold in the United States.

“We don’t have a business.”

Scarpetta, a 12-year-old Italian wine brand owned by Boulderites Cristin Napier and Danette Stuckey, is easy to find on shelves across the Front Range. At least for now. If the tariffs kick in, the entire brand could go away, said Lachlan Mackinnon-Patterson, the co-founder of Frasca Food & Wine and other Colorado restaurants. Mackinnon-Patterson is married to Napier.

“In the event that Scarpetta had a 100 percent price increase, the wine wouldn’t sell,” he said. “And if we discounted it to help minimize the tariff, it wouldn’t make any money. In both cases, we don’t have a business.”

Mackinnon-Patterson is in the unique position of simultaneous involvement with a European wine brand and restaurant ownership. For him, the tariffs would sabotage both endeavors.

“It’s no secret that the leverage in all restaurants comes from the by-the-glass program,” he said. “When you trash that, you thrash the business.”

Just switch to New World wines? For many restaurant wine programs, it’s not that simple. Mackinnon-Patterson’s Denver restaurant Tavernetta, for example, pours nearly 100 percent of its wine from across Italy. Diners come to Tavernetta for what is a Mile High Italian dining experience, from the gnocchi with lamb ragú and pecorino to the bottle of Vermentino from Liguria.

Switching out the Ligurian bottle with something from across an ocean doesn’t cut it.

“It would be like saying I’m really craving pizza, so I’m going to Chipotle,” he said. “People don’t come to an Italian restaurant to drink Santa Barbara Pinot Noir.”

“It will be a disaster”

Notions that the tariffs could give California wines a boost are naive, said Mackinnon-Patterson’s business partner, Bobby Stuckey. Among other things, California winemakers have spent the past decade trying to expand their reach into European markets, and to grow into more of a global presence.

But with the tariff threats, “importers in Europe have stopped buying American wine. There are no containers on the water going to Europe with American wine. Importers are afraid of the retaliation back.”

If the tariffs are imposed, “there will be horrible layoffs,” said Stuckey. “It will be a disaster.”

The Office of the United States Trade Representative is accepting comments from the public about the tariffs until Jan. 13. If you treasure European wines, and the many domestic businesses that depend upon them, please consider adding your comments at the regulations.gov site. Once there, you will find “Review of Action: Enforcement of U.S. WTO Rights in Large Civil Aircraft Dispute.” From there, you can add your comments.

This story first appeared in the Daily Camera on January 8, 2020.